The program of the record Mysterious Nativity was born from the companionship that unites Les Métaboles with the composer Dimitri Tchesnokov. Released in 2014 with Brilliant Classics, it’s at the origin of this concert. The extremely hieratic aspect of the sound of the choir in this program makes one forget that the works are exclusively from the 20th and 21stcenturies. This program is truly representative of Les Métaboles, which upholds the choral repertoire of all eras, including recent masterpieces little-known in France. Thus, the choir music of the elder of composers, Georgy Sviridov – almost born with the Russian Revolution in 1916 – extremely renowned in Russia but rarely sung in France, is represented with his sublime Mysterious Nativity.

The Three Sacred Songs by Dimitri Tchesnokov are his first work for a choir. The Russian born composer had in mind the Three Sacred Hymns composed in 1984 by his compatriot Alfred Schnittke.

O Salutaris by the Lithuanian Vytautas Miškinis is, outside of France, just as much of a classic for choirs, with its striking incantation effect placed in its centre. Incantation is also at the heart of the Sviatyï Bojede by Sviridov.

The Magnificat by Arvo Pärt, as well as the De Profundis and the Salve regina, are written in the style that made him famous and that he himself names “tintinnabuli”. Arvo Pärt is highlighting the inspiration that ringing bells represented for him. When one analyses closely their acoustic range, for a single audible pitch, they are composed of both consonances as well as dissonances.

Interlude for a solo organ in the middle of the concert, the Moto ostinato by the composer and organist Petr Eben, corresponds to the third movement of his Musica dominicalis and illustrates no less than a battle between Good and Evil, each characterized by its own theme. That of Evil, written in an improvised style, appears in different forms and tones during the piece, and ends up by prevailing over Good.

From the libretto of the record Mysterious Nativity 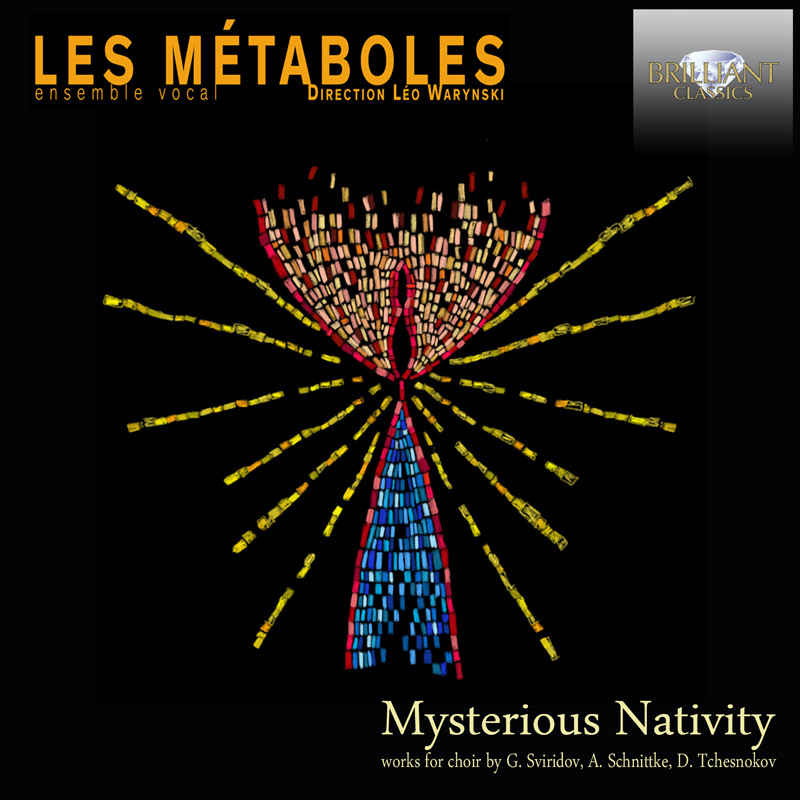